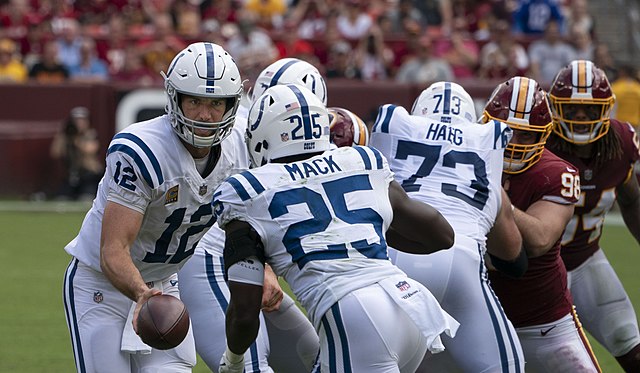 Green Bay WR Devin Funchess has already opted out of the 2020 season in addition to Kansas City RB Damien Williams. As of the moment this writing, those are the two most fantasy-relevant pieces of news. Funchess being out should pave the way for one of Allen Lazard or Marquez Valdes-Scantling to be the WR2 in Green Bay behind the star WR Davante Adams, and the departure of Williams for the year opens up ample opportunity for the rookie RB out of LSU Clyde Edwards-Helaire to take the lion's share of the workload.
News of more players opting out of the 2020 NFL season due to the COVID-19 pandemic will make things a bit easier in terms of fantasy forecasting, but there are still going to be several situations on different teams that are going to remain up in the air until we get some indication from the various teams' head coaches and media reports. Not all "coach speak" holds equal weight, but the chatter around camps is what is going to help us the most without any preseason games in the way of determining which players are going to have fantasy relevance.

Let's take a look at 5 situations that will be ones to watch as we go along in camps leading up to draft season:
RB Situations To Watch:

Indianapolis Colts
RB Marlon Mack put together a top 24 PPR season at the RB spot in 2019, but the addition of former Wisconsin RB Jonathan Taylor in the 2nd round of the 2020 NFL Draft clearly indicates a changing of the guard coming at some point. Not to mention the addition of QB Philip Rivers, a guy who threw to the RB position quite a bit during his time with the Los Angeles Chargers. That could open the door for a more reliable role for RB Nyheim Hines.

Last word on the situation we heard was from OC Nick Sirianni back on May 12 when he said the team views Mack and Taylor as "a 1-1 punch", a quote that does not inspire any level of confidence for fantasy players about the potential consistency of either back. It is reasonable to anticipate that Taylor would pass Mack at some point during the 2020 season if he clearly demonstrates his ability, but some additional clarity is going to be needed in order to justify the selection of the RB22 in half-PPR rankings according to FantasyPros. As of now, Mack and Hines are RB42 and RB50 on that list, and while Taylor is the one fantasy owners are most interested in, those are going to be important to track as well.

Is Mack just going to be a handcuff or will he be involved? Will Hines secure the pass-catching role?

RB Devin Singletary managed to turn a 12 game injury-laden season into being the RB32 in PPR scoring in 2019 while splitting time with the since departed RB Frank Gore. As Singletary got healthier and Gore wore down, Singletary finished 2019 with a more involved rushing role, but the addition of rookie RB Zack Moss makes things interesting. According to a piece from the Bills official website from July 4, General Manager Brandon Beane envisions Moss being a one-for-one replacement of Frank Gore.

That could potentially put Moss in line for 10-12 rushing APG and first crack at the goal-line work behind QB Josh Allen and relegate Singletary to his original role as the pass-catching change of pace guy. For a player presently settled in as the RB25 in half-PPR on FantasyPros consensus rankings, that price might be a bit rich. Moss on the other hand is all the way down at RB47.

What we hear about how the pair splits the work is going to determine a lot come draft day.

RB Mark Ingram II put together a strong 2019 campaign in his first year with the new team, good enough to be RB11 in PPR scoring. However, the 30 year old is not getting any younger, and the team saw fit to draft his long-term replacement in the form of 2nd round draft pick J.K. Dobbins out of Ohio State. Given the talent Dobbins possesses over the incumbents behind Ingram II, it would be reasonable to assume he slides into the RB2 role, good enough for nearly double-digit touches per game potentially.

The tricky thing here is how much work Dobbins takes away from Ingram II and the looming possibility that Dobbins could overtake him outright at some point in the 2020 season. The best-case scenario is that Ingram II/Dobbins could turn into a dynamic duo akin to the one Ingram II had with RB Alvin Kamara in 2017, a year in which both guys turned in top-6 RB seasons in PPR.

That type of performance from the pair is unlikely, but it is going to be important to pay attention to what the Ravens coaching staff says about exactly what Dobbins' role is from the get-go and how that affects drafting him or Ingram II. The more we see out of the gate from Dobbins could signal the possibility of a mid-season change. The gap between the two according to FantasyPros is not all that much right now, RB23 for Ingram II and RB35 for Dobbins, and could continue to shrink as time goes along.

This whole thing is a whole thing. The departure of WR DeAndre Hopkins makes this Texans passing offense super hard to figure out. The team traded for former Rams WR Brandin Cooks and signed WR Randall Cobb to a three-year deal to go along with incumbents Will Fuller V and Kenny Stills.
The difficult part of this WR corps is that all 4 guys are deep threat types, and the perceived top 2 in Cooks and Fuller V both present injury risk. Between Cooks' concussion problems and Fuller V's well-known myriad of issues, experienced fantasy owners know the risk they take by selecting either guy, but whoever catches passes from QB Deshaun Watson should be stout.

Forecasting this corps in any way seems pointless to do as of this moment and what we hear from Head Coach Bill O'Brien and the rest of the Houston staff is going to be paramount. Any combination of the bunch will not make up for the absence of Hopkins, but whoever catches a high number of passes from last year's QB4 is going to be fantasy relevant.
Cincinnati Bengals

This one is a little lower on the totem pole of importance, but the WR3 in the Bengals offense could be a decent one, especially if the 32 year old WR A.J. Green continues to have injury woes and misses any time in 2020.

4th year WR John Ross III is trending further and further into NFL Draft bust territory but has shown flashes at time in his career, including the first pair of games in 2019. After declining Ross III's 5th year option, the team selected former Clemson wideout Tee Higgins with the 1st pick of the 2nd round in the 2020 NFL Draft. Higgins profiles as a true WR1 down the line with big play, deep threat ability relatively similar to the skill set of Ross III.

The WR3 in Cincinnati may not have a tremendous amount of relevance in 2020 given the presence of the aforementioned Green and WR Tyler Boyd in line to receive a sizable portion of the team's targets from rookie QB Joe Burrow, but given Head Coach Zac Taylor's prior connection to the Los Angeles Rams, a team known for its 3 WR sets, it is within the realm of possibility that one of Ross III or Higgins could emerge as a flex candidate. Tracking this WR corps could prove to be worthwhile.