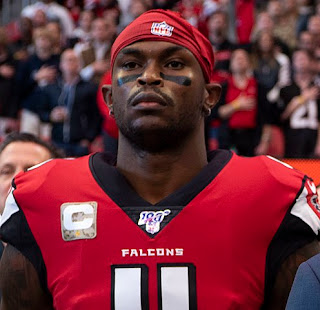 Two down, fourteen (or fifteen if your league plays Week 17) to go.

The big slate of Sunday games for Week 3 is one measly sleep away. In order to help you get prepared, The Lateral is here to give you a rundown of whatever we feel you need to know to be prepared for Sunday. I am personally a big believer in going to sleep knowing that your lineup is set to the best of your ability so you can enjoy the Sunday games more rather than being left scrambling and making last minutes decisions, so that's the point of this weekly Saturday nightcap.

Injuries of note, solid matchups to exploit, and last minute waiver moves are the name of the game here. As far as start/sit questions go, you can always tweet at myself (handle above) or my fine partner Malcolm McMillan (@McLateralFF) and we'll do our best to help ya out. And don't forget to look out for Malcolm's Sunday piece giving you whatever last minute news you need to know as well.

Good lord, this is a mess.

Both Raiders studs practiced in a limited fashion yesterday after not participating Wednesday and Thursday, so that's not nothing. I'm not quite sure who the direct beneficiary of a Jacobs absence would be, but if Waller is ruled out, some combination of TEs Jason Witten and Foster Moreau become more valuable. I wouldn't really trust either but mentioning that is kind of the point of this. In the same game, both Edelman and Harry potentially missing leaves the door open for WR Damiere Byrd to capitalize on last weeks 6 for 72 performance on 9 targets. Wouldn't be the worst deep league flex stab if you needed someone.

As for the Titans @ Minnesota game, with the Vikings top pair of cornerbacks ruled out, the opportunities to excel for my Week 3 QB boom pick Ryan Tannehill and WRs Corey Davis and Adam Humphries (to a degree) go up even more. Davis is the WR I'd start between the two, but I don't hate Humphries as a desperation flex despite the high likelihood of a second half clock-drain from RB Derrick Henry.
For the pair of rookie backs, Moss and Akers being out for their respective teams moves Bills RB Devin Singletary and Rams RBs Darrell Henderson Jr. into must-flex range. Henderson Jr.'s teammate RB Malcolm Brown should also be a bit of a factor but his output will be dependent on his ability to secure the football with a broken and recently surgered (I know that's not a word but it is fun to say) pinkie finger. I consider Brown a risky flex with far less certainty than his counterpart.
Julio Jones has been known to play through injuries throughout his illustrious career, but if he were to miss time tomorrow, we've already seen what WRs Calvin Ridley and Russell Gage can do. Gage was my pick of the week to go ahead and grab off the waiver wire and as of this writing is still available in 50.4% of ESPN leagues. Speaking of that waiver wire article, you'll notice my RB pick was Jerick McKinnon of the 49ers given how banged up their backfield is. Additionally, TE George Kittle once again not playing tomorrow means I advocate for TE Jordan Reed as a stream again. Final note on the Niners, stash RB JaMycal Hasty in deep PPR leagues and dynasty leagues; the kid's got juice.

Moving onto the pair of Chargers offensive lineman, Bulaga and Turner being questionable does not change my opinion on RBs Austin Ekeler and Joshua Kelley being must-starts against the Panthers grody run defense. I just feel it is important to keep in mind considering both Bulaga and Turner anchor the right side of Los Angeles' line.
I'll condense the next three items on the above list because this is getting long: I stated in the waiver wire piece that whoever the Colts TE is gets a start in my lineup, CB Quentin Dunbar potentially missing time only helps the case for the Cowboys pass-catchers I love this week (basically all of them), and if both of the named Broncos miss tomorrow then RB Melvin Gordon III is the only player on that team worthwhile.
Coming down the home stretch here: it really feels like Kenny Golladay is going to be out there against the Cardinals, you probably weren't starting Christian Kirk anyway, and by now I would hope that you would have addressed backup plans for both Devante Adams and Michael Thomas considering their teams play in the night games tomorrow and Monday. If you haven't prepared for any of these injuries, my top waiver options are comin' up here soon.
TOP GAMES TO TARGET/EXPLOIT
Each of these games are the ones I have identified as good opportunities to look for easy points in:
TOP PPR WAIVER OPTIONS AT EACH POSITION

For these, I'll be taking a look at their ownership % on ESPN and Yahoo:
QUARTERBACK:
RUNNING BACK:
WIDE RECEIVER:
TIGHT END: