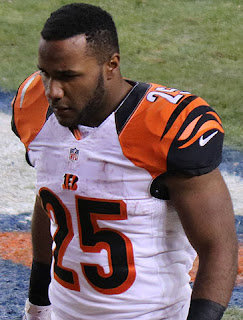 Apologies for not providing a Saturday nightcap last week, but here we are now fourteen days since the last one.

The big slate of Sunday games for Week 7 is one measly sleep away. In order to help you get prepared, The Lateral is here to give you a rundown of whatever we feel you need to know to be prepared for Sunday. I am personally a big believer in going to sleep knowing that your lineup is set to the best of your ability so you can enjoy the Sunday games more rather than being left scrambling and making last minutes decisions, so that's the point of this weekly Saturday nightcap.

Injuries of note, solid matchups to exploit, and last-minute waiver moves are the name of the game here. As far as start/sit questions go, you can always tweet at me (handle above) or my fine partner Malcolm McMillan (@McLateralFF) and we'll do our best to help ya out. And don't forget to look out for Malcolm's Sunday piece giving you whatever last-minute news you need to know as well.

Well, John Brown is out for the Bills. Damn. Who should you pick up? I wonder...
Now onto more serious analysis, it's a serious bummer than Crowder might not play for the god awful Jets, but I don't know that I'm opposed to giving WR Breshad Perriman a look in a deep league. He did get 8 targets last week against Miami. Also, go ahead and see if WR Denzel Mims is available as well. I like him quite a bit. In keeping with the deep league theme, Packers RB A.J. Dillon might be worth a shot in a 16-teamer, but should Jones not play it's the Jamaal Williams show. I certainly would expect a split between both Dillon and Williams but I give the edge to the latter in terms of who is likelier to shoulder the majority of the load.
Definitely bad news about Hooper. I guess if anything else you feel better about the WRs (namely Odell Beckham Jr. and Jarvis Landry), but if the Hooper illness leaves you without a TE, I do cover some remaining waiver options at the conclusion of this piece. Staying in the Battle of Ohio, I certainly hope you'd had the wherewithal to add RB Giovani Bernard. The absence of Mixon certainly catapults Bernard into top-20 territory in PPR but I wouldn't be surprised to see some RB Trayveon Williams. I liked him a bit coming out of Texas A&M in 2019 and think he'd do okay if called upon to split with Bernard.
Keeping things in the running back world, Justin Jackson should be another easy top 20 play but if he's a no-go, try and see if RB Joshua Kelley was dropped in your league. As far as the San Francisco situation goes, I've written ad nauseam about my enthusiasm surrounding the rookie RB JaMycal Hasty. Wilson Jr. would be a TD-or-bust flex option against a stout New England run defense, but for all intents and purposes, I think the best option for the Niners as a compliment to RB Jerick McKinnon is Hasty. I like his as a stash more than as a play but I think you could flex him in if you find yourself in need.

TOP GAMES TO TARGET/EXPLOIT
Each of these games is one I have identified as a good opportunity to look for easy points in:
TOP PPR WAIVER OPTIONS AT EACH POSITION

For these, I'll be taking a look at their rostership % on ESPN and Yahoo:
QUARTERBACK:
RUNNING BACK:
WIDE RECEIVER:
TIGHT END: