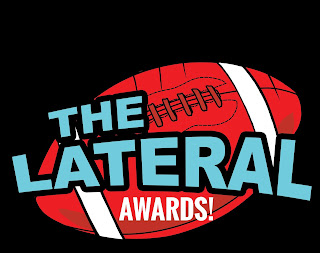 CH: Alvin Kamara is not only my favorite player but also my mid-season MVP. When your worst PPR game still has you at 19.9 points, you're doing something right. From a statistical perspective, he's the closest thing we've seen to Marshall Faulk aside from Christian McCaffrey. Has the absence of WR Michael Thomas helped his production? Certainly, but had he not been in holdout mode when draft SZN hit, he would've been my RB3 behind CMC and Saquon Barkley regardless of Thomas' health. The dude's a special player and his contract extension was well-deserved.
MM: Dalvin Cook has to be the choice, even with the missed game against Atlanta, which would have been a solid performance at minimum, despite the dud Alexander Mattison had in Cook's place. Despite missing two weeks (one injured, one on bye), Cook is the RB2 in PPR, and the clear RB1 in standard, which highlights how he does not rely on the passing game for points, which is something I prefer in a running back. Alvin Kamara was a very close second for me here, but the over-reliance in the passing game was the slightest of minuses for me.
Biggest Bust

Ahhh, yes! There he is! The nearly universal top 12 RB in ADP according to FantasyPros and RB25 on the year: Cardinals RB Kenyan Drake.

There is a strong case to be made here for Saints WR Michael Thomas but I don't know that we can penalize a player for getting hurt Week 1. It brings me little joy to shit all over an athlete who has made it to the top of their profession and by all other measures is way more successful than I'll ever be, but since this is fantasy football and we don't have to be rational and have perspective, I told you so. You were all adequately warned by pre-season articles on The Lateral and my tweets.

MM: Michael Gallup was drafted as WR31 in PPR leagues. He is currently WR46, which means you would not even use him as a FLEX in many leagues unless you were desperate. Unfortunately, if you were that desperate, it was probably the week after one of his better games. Maybe you saw that 25.8 PPR performance in Week 3 and thought he must be back? Well, then you got to enjoy a follow-up performance of 4.9 PPR points against the Browns. God forbid you started him in Weeks 6 or 7 by the way, where he scored even less than 4.3 points, including zero in Week 7 against Washington. To put it in perspective: Gallup has as many games with less than five points (3), as he does with more than 11 (3). That is an absolute bust of what was probably a sixth or seventh-round pick.

Carolina WR Robbie Anderson has really surprised a lot of folks! I didn't even have him included in my (albeit unorthodox) 2020 pre-season rankings. I got a fair bit right, fair bit wrong, but not even mentioning Anderson and straight up dismissing him proved to be incredibly dumb. These are the types of Ls I don't mind catching as it's been a joy to see the former New York Jet succeed away from Adam Gase. Hopefully we can see the same for QB Sam Darnold in the near future.

MM: James Robinson was RB66 in ADP. That is basically undrafted. He is currently RB5 in PPR. I cannot imagine anyone else winning this award, and frankly, he has a case for Fantasy MVP given the insane value he has provided so far.
Best Rookie

CH: This player had a strong case for Best Pre-Draft Sleeper and the inexplicably cut Best Waiver Wire Add Award, but I saved this one for Jaguars RB James Robinson. Simply put, going from undrafted rookie to RB5 ain't easy to do and even more so when the team you play for is as bad as it is. Jacksonville doesn't have much going for them right now but at least they've got Robinson.

MM: I really want it to be Joe Burrow, who is QB9 through the halfway mark and is playing with the entire team on his back in Cincinnati, but it is Justin Herbert and it is not even close. Trust me, I have both as my QBs in multiple leagues, and while I obviously kept both in my dynasty league, not only did I bench Burrow for Herbert, I ultimately dropped Burrow because I was so confident in Herbert who is QB5 in PPG through eight weeks.
Biggest Headache

CH: COVID-19 and the week-to-week "ARE THEY EVEN GOING TO PLAY ON SUNDAY???"
Thankfully we've largely moved past those huge concerns from earlier in the season, but jeez, that was rough. The worst part about this one is that even though the league seems to have taken greater measures in virus prevention, it's not like COVID-19 is going away any time soon.

This will keep happening and as we soldier on into the winter it could get even worse. If for no other reason, wear a mask to help fantasy football.

MM: Injuries as a whole have been the worst, and if you have been following our column on the five biggest injuries each week (Week 8 is out by the way!), you can easily see how fantasy managers have been decimated by injuries week in and week out. Christian McCaffrey, Saqoun Barkley, Dak Prescott, Miles Sanders, Nick Chubb, Austin Ekeler, Julio Jones, and those are just the guys I had on rosters! That does not even take into account Odell Beckham Jr., Dalvin Cook, Michael Thomas, or George Kittle, and honestly, I bet you there is someone major that I am forgetting. The combination of COVID-19 and a lack of pre-season has simply been brutal, and I hope we never have to go through this again.