How to Draft the Perfect Team: Part II (The First Six Rounds) 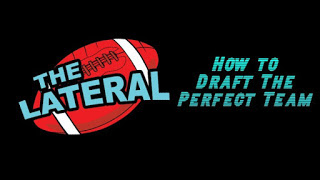