The Case For Antonio Gibson: Fantasy Football's Next RB1

on September 05, 2021
Zach Crutcher (@ZackyNFL)
The Lateral Contributor
The Case For Antonio Gibson: Fantasy Football's Next RB1
Ranked as FantasyPros RB12 (23rd overall), Washington Football Team running back Antonio Gibson is a potential value that could win your leagues this year. In July, Pat Kerrane of NBC SportsEdge wrote an incredible article on why early-round running backs need legendary upside to be worthy of their draft capital. Gibson fits this exact profile. Gibson has been frequently compared to Christian McCaffrey, who Rivera coached in Carolina (though the similarities do not stop there). While McCaffrey averaged a ludicrous 29.5 PPR points per game in 2019, and that total may be out of Gibson's (or anyone's) reach, the prospect of a 20-25 PPR points per game season is something that Gibson drafters should be salivating over.
The case for Antonio Gibson's ceiling 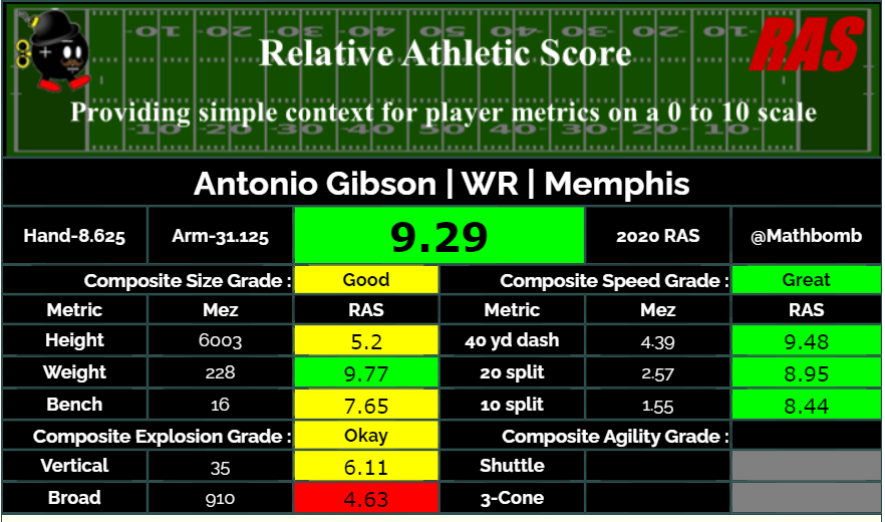 Drafted in the third round as the 66th overall pick, Antonio Gibson was a unique prospect as a running back that converted from wide receiver despite only 33 career carries at Memphis. The pro-case for Gibson is very straightforward; he is a natural pass catcher, an elite athlete and last year he answered any questions that existed about his rushing ability. Per RotoViz's NFL Stat Explorer, Gibson's 0.34 rushing yards over expectation were good for 12th in the NFL and his 38.6 fantasy points over expectation (see below), were eighth in the league. Gibson was also 21st in the league in terms of expected points despite missing time due to his turf toe injury that he suffered in the first quarter of a Week 13 win against the Pittsburgh Steelers.

The deciding factor for Antonio Gibson's 2021 RB1 upside will be his potential workload. Last season, Gibson's 45.4% snap share was just 39th overall for running backs and he had eight games where he saw fewer than 50% of the Washington Football Team offensive snaps. While Gibson has already shown that he can produce at a high level in terms of both volume and efficiency, he did so despite limited snaps, injuries, and the learning curve of being brand new to the position of RB. In the first twelve weeks of the season (before his injury), Gibson was averaging nearly 17 PPR-points-per-game including a dominant 3-touchdown performance against Dallas on Thanksgiving, capping off a streak of five-straight RB1 performances. If he is given a true RB1 workload, then the possibilities are truly exciting. 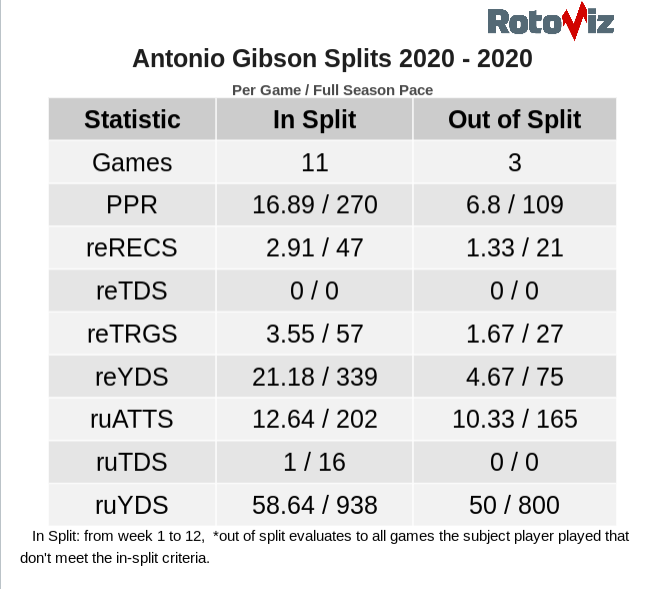 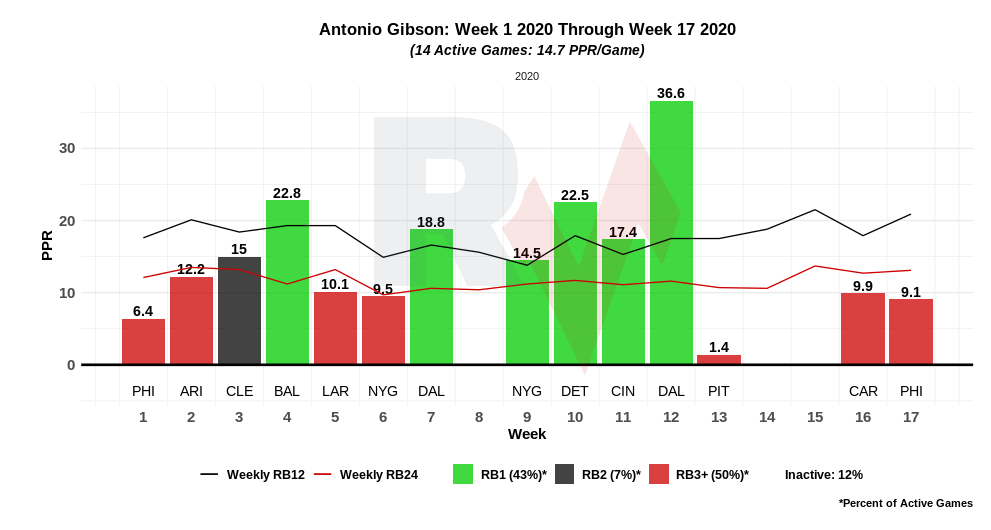 What is the next step?
In his articles on running back breakouts and why you should draft rookies for safety and upside, Blair Andrews of RotoViz wrote about Antonio Gibson and how to draft the running back position in general. Both articles really hammer home the reasons why so many analysts are in love with Gibson this offseason, and why he is a potential steal in the second round of fantasy football drafts in 2021. We know that between years one and two of a player's career is the interval where running backs are most likely to see an increase in scoring and volume, and we know that Gibson is in a great situation to see a much larger workload. Plus, with his relative-newness to the position, Gibson is also in a great spot to continually improve as a running back in the NFL. 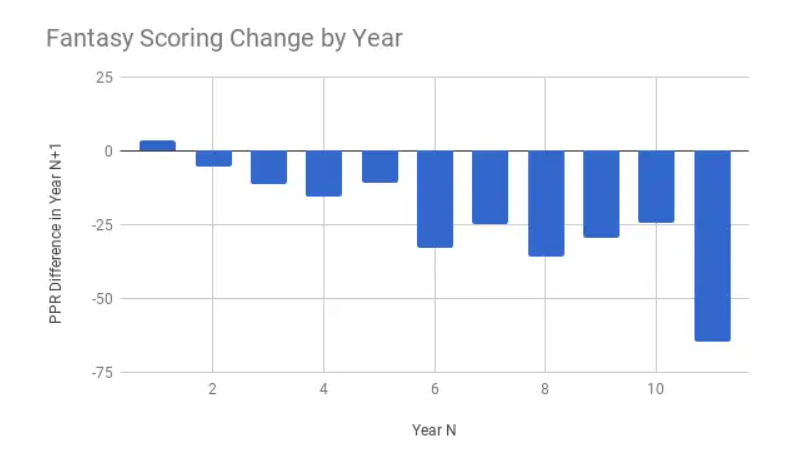 By drafting Antonio Gibson in the second round of your fantasy football leagues in 2021, you are making the calculated bet that he steals passing-down work from fellow Washington Football Team running back J.D. McKissic and that Gibson trends towards being a three-down, all-purpose back after an excellent rookie campaign. A larger share of the team's carries and a higher target share in the Washington Football Team offense will massively increase Gibson's upside. Finally, with Ryan Fitzpatrick as the new quarterback in Washington, someone who has historically wanted to push the ball down the field, there are some great reasons to be really excited about Gibson's receiving yards increasing in 2021. Per FTNFantasy, Gibson had -33 air yards on the season and a -0.75 average depth of target (ADOT), meaning on average, he was targeted behind the line of scrimmage. With that context, it's very impressive to see Gibson having earned 275 yards after the catch this season. Improving on that, combined with more volume on the ground and in the air, should have Gibson easily finishing ahead of his RB12 finish from last year in PPR formats.
Follow The Lateral on Twitter (@TheLateralFF)
2021 Preseason 2021 Season Antonio Gibson Player Profiles Preseason RB Running Back September 2021 Zach Crutcher ZackyNFL